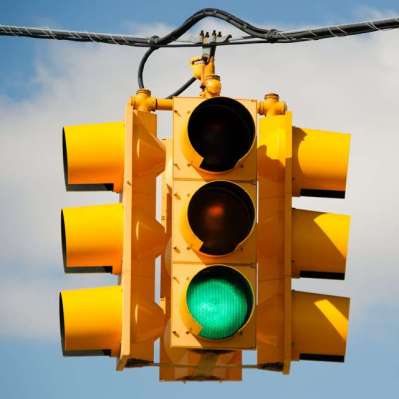 There’s a guy that has been asking for money by the traffic light next to my house in Mexico, for the last several weeks. One day, I was wearing a beige cap, while I was waiting in my car for the red light to change, and he told me, with a smile: ‘I used to have a cap like that, but green. It fell down when I was on the train’.

A chill crossed down my spine. I knew he was from Honduras, a small country to the south of Mexico, because he showed his I.D. to the people passing by. I remembered a documentary that I had seen once, about a net of trains called The Beast (La Bestia) that a lot of people (400,000 to 500.000 each year, Wikipedia) from Central American countries used to reached the United States.

I asked him, trying to appear unmoved:

– Where were you in the train?

-On the roof. That’s why I have this cast, – he shows me his left arm-, I fell from it and broke a bone.

-Are you going to stay here? Where are you heading?

-To Tijuana, and then, to the North.

-Do you have money to cross the border?

-A friend of mine is going to help me out, – red light changes.

He is very strange looking, has blue eyes, and his face looks indigenous. He’s got a pair of teeth missing, and is always smiling. Another day I saw him by the traffic light again:

-I’m leaving early to the shelter – he points his cast- this is hurting today.

-When are you leaving to the North?

-Nah, I’m going back home. My older kid, who is in the last year of high school, doesn’t want to finish it and wants to drop out. I have to return – red light changes.

Another day, he recognized me and asked how I was doing.

-Not so well, really- I answered.

-Do you believe in God?

-Ask him to help you. He will. He will go against your enemies. Things will be all right-and then he smiled.

Red light changes. I know his decision was not easy. Going back to his country might be more dangerous than riding The Beast and crossing the border to the United States illegally. I hope God remembers that he counts on Him.

Un pensamiento en “Waiting for the red light to change”